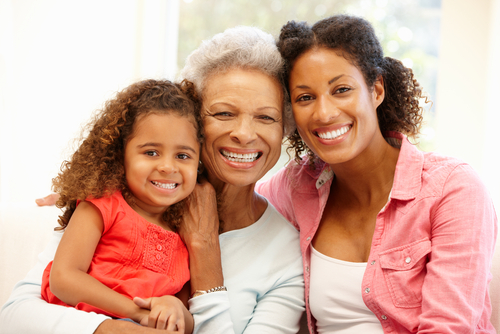 Evidence-Based Policymaking Commission Act of 2016 (H.R. 1831) – This bipartisan bill, sponsored by Speaker Paul Ryan (R-WI) and Sen. Patty Murray (D-WA), was signed into law by the President on March 30. The legislation establishes a 15-member commission within the executive branch (appointed by the President and congressional leaders) that will focus on the development of Evidence-Based Policymaking. The committee will study data sources to better influence the course of performance-based budgeting and policymaking. In other words, less politics and back-office deals and more data-driven and evidence-based decision making. The commission will be responsible for the data inventory, data infrastructure, database security and statistical protocols related to federal policymaking.

Ensuring Patient Access and Effective Drug Enforcement Act of 2016 (S. 483) – This Act is designed to help prevent deaths caused by prescription drug abuse. It authorizes the creation of a more collaborative partnership between drug manufacturers, wholesalers, pharmacies and federal enforcement and oversight agencies to develop initiatives to prevent prescription drug abuse and diversion and ensure patient access to necessary medications. The bipartisan bill was sponsored by Sen. Orrin Hatch (R-UT) and passed by Congress on April 12. It is currently awaiting the President’s signature.

Adding Zika Virus to the FDA Priority Review Voucher Program Act (S. 2512) – Sponsored by Sen. Al Franken (D-MN), the Act amends the Federal Food, Drug and Cosmetic Act to add the Zika virus to the list of tropical diseases under the priority review voucher program. This program awards a voucher to the sponsor of a new drug that is approved to prevent or treat a tropical disease. In turn, the voucher entitles the drug creator to a quick review process (under six months) by the Food and Drug Administration for a future new drug. The bill was passed by Congress on April 12 and is presently awaiting signature by the President.

Social Security Parent Penalty Repeal Act (H.R. 4529) – Sponsored by Rep. Patrick Murphy (D-FL), this bill would amend the Social Security Act to provide for an annual increase to beneficiary benefits. The bill would allow for the exclusion of a certain number of childcare years from the benefit computation formula. Specifically, up to two years per child (for a maximum of five years in total) in which the beneficiary was the primary caregiver for a dependent under six years of age for at least half the year and earned no income in each of those years. The bill is proposed to go into effect in 2017 for all present and future beneficiaries; eligible exclusion years would begin at 1951. The bill was assigned to a congressional committee on February 10 for consideration before possibly sending it on to the House or Senate.

Edward “Ted” Kaufman and Michael Leavitt Presidential Transitions Improvements Act of 2015 (S. 1172) – The objective of this bill is to improve the process of transitioning from an incumbent presidential administration to a new one. It amends the Presidential Transition Act of 1963 to direct the President to plan and coordinate activities to facilitate an efficient transfer of power to his or her successor via these actions: not later than six months before a presidential election, establish and operate a White House transition coordinating council; establish and operate an agency transition directors council. In addition, the General Services Administration must designate a senior career appointee to carry out the duties and authorities of GSA relating to presidential transitions, serve as the coordinator for transition planning across agencies, ensure that agencies comply with all statutory requirements relating to transition planning and reporting, and act as a liaison to eligible candidates. This legislation was sponsored by Sen. Thomas Carper (D-DE) and was enacted after being signed by the President on March 18.