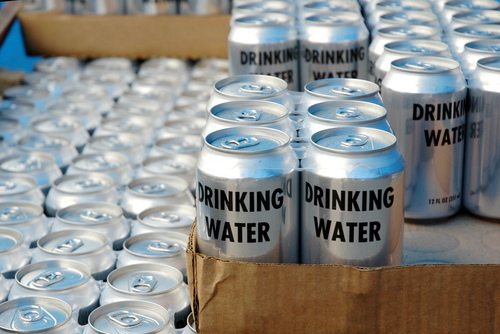 Directing Dollars to Disaster Relief Act of 2015 (S. 2109) – This legislation was sponsored by Sen. Ron Johnson (R-WI). The bill directs the Federal Emergency Management Agency to develop a plan to reduce administrative costs related to providing assistance for major disasters. It will design a system to track administrative cost data disseminated by public assistance, individual assistance, hazard mitigation and mission assignment programs. The Act mandates that FEMA issue a report containing this information to Congress each year by Nov. 30, as well as make it publicly available on its website. This report will include an assessment of whether or not FEMA met its strategic goals for cost mitigation for the year, including any reasons why it did not. The bipartisan bill was passed by Congress and subsequently signed by the president on Feb. 29.

Presidential Allowance Modernization Act (H.R. 1777 and S. 1411) – In light of the lucrative fees that former U.S. presidents command for speaking engagements after they leave office, this bill is designed to reduce the annual ex-president pension based on the amount of income they receive independently each year. Presently, the Former Presidents Act of 1958 grants former presidents an annual pension of $203,700 (2016) for life. This proposed legislation would reduce that annual amount by however much an ex-president makes above $400,000 a year. For example, say an ex-president makes $600,000 in a year. Since this is $200,000 more than the $400,000 base point, his pension would be reduced by $200,000. In other words, he wouldn’t receive any pension at all for that year, and that money would be available for other government programs. However, this bill does increase the annual annuity amount a surviving spouse of a former president would receive once he passes away. That amount would increase from the current $20,000 to $100,000 a year. This bill passed in the House on Jan. 11 and is with the Senate for consideration.

Sentencing Reform and Corrections Act of 2015 (S. 2123 and H.R. 3713) – Lawmakers from both parties and both chambers of Congress recently introduced legislation to ease some federal sentencing guidelines for drug-related crimes, including reducing the sentences of drug-related convictions for some current prisoners. Its objective is to decrease the rate of incarcerations due to drug-related crimes, which have skyrocketed in recent years. Be aware, however, that the bill would have limited impact since it applies only to federal prisons. Presently, federal prisons hold about 205,000 people compared to the 2.4 million incarcerated in state prisons and local jails across the country. As of 2014, there were 237,000 people in state prisons, 95,000 in federal prisons, and 5,000 held in juvenile facilities for drug offenses. Both bills are currently under consideration in their respective houses.

Judicial Redress Act of 2015 (H.R. 1428) – This bill, which was signed into law by the president on Feb. 24, permits European citizens to sue the United States for unlawful disclosure of personal information obtained in connection with international law enforcement efforts. This new legislation abuts the current Privacy Act, in which only U.S. citizens and legal residents can bring claims against the federal government for unauthorized disclosure of their personal information. This bipartisan legislation was sponsored by Rep. James Sensenbrenner (R-WI).