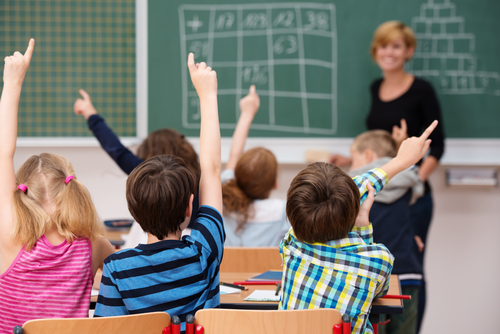 Consolidated Appropriations Act, 2016 (H.R. 2029) – This is the omnibus spending bill that will fund the federal government for the remainder of the fiscal year through Sept. 30, 2016. It includes the Military Construction and Veterans Affairs and Related Agencies Appropriations Act, which provides FY2016 appropriations to the Department of Defense for military construction, military family housing, the U.S. share of the North Atlantic Treaty Organization Security Investment Program, and base closures and realignments. The bill includes a provision prohibiting the VA from interfering with or denying services to veterans participating in state-approved medicinal marijuana programs. It was signed into law by President Obama on Dec. 18.

Every Student Succeeds Act of 2015 (S. 1177) – The chairman of the Senate committee on Health, Education, Labor and Pensions (HELP), Sen. Lamar Alexander (R-TN), sponsored this bill, which was passed by both houses and signed into law on Dec. 10. It is a bipartisan educational policy reform bill that expands state responsibility over schools and provides grants to charter schools. In addition, it reduces the federal test-based accountability system of No Child Left Behind. While the bill will continue NCLB’s federal assessments of student learning, it gives states the authority to act based on those results. The preserved NCLB conditions include holding all students to high academic standards, preparing all students for success in college and career, providing access to quality preschools for more children, reducing the burdens of testing while still providing quality data, and promoting local innovation and investment in what works.

Improving Access to Emergency Psychiatric Care Act (S. 599) – Sponsored by Sen. Benjamin Cardin (D-MD), this bill was passed by Congress and signed into law by the president on Dec. 11. It extends and expands through Dec. 31, 2019, the Medicaid emergency psychiatric demonstration project, which was first introduced as a pilot program in the Patient Protection and Affordable Care Act of 2010. The program provides states with federal Medicaid matching funds to reimburse private psychiatric hospitals for emergency inpatient psychiatric care provided to Medicaid recipients aged 21 to 64 who are experiencing a psychiatric emergency. The funding is designed to test whether partially eliminating the prohibition against payments to institutions for mental diseases for Medicaid recipients improves psychiatric care and lowers state Medicaid program costs.

National Defense Authorization Act for Fiscal Year 2016 (H.R. 1735) – Sponsored by Rep. Mac Thornberry (R-TX), the near 1,000-page bill was intended to direct funding for procurement, research and operation of defense technology; establish military policy; and address other matters pertaining to national defense, including $371 million for the research and development of 81 Stryker vehicles with an upgraded weapon system. As proposed amendments to the bill, Sen. John McCain (R-AZ) included a provision to prohibit the Department of Defense from spending taxpayer dollars to honor American soldiers at sporting events, and Sen. Jeanne Shaheen (D-NH) proposed to extend veterans’ benefits to same-sex married couples. The bill was vetoed by the president on Oct. 22, one of the seven vetoes this administration has invoked since taking office in 2008.

Microbead-Free Waters Act of 2015 (H.R. 1321) – Sponsored by Rep. Frank Pallone (D-NJ), this bill will amend the Federal Food, Drug and Cosmetic Act to ban cosmetics that contain synthetic plastic microbeads starting on Jan. 1, 2018. Microbeads are tiny particles of plastic have been added to many personal care products sold around the world. Barely visible to the naked eye, they flow straight from the bathroom drain to the sewer system, which is not designed to filter out microbeads, and ultimately end up in the world’s oceans. There they are eaten by sea creatures and possibly re-consumed by humans. Microbeads are not biodegradable and impossible to remove once they enter the marine environment. Cosmetic brands that have pledged to or already stopped using solid microplastic ingredients include Avon, L’Oréal and The Body Shop. This bill was passed by Congress on Dec. 18 and is currently awaiting signature by the president.