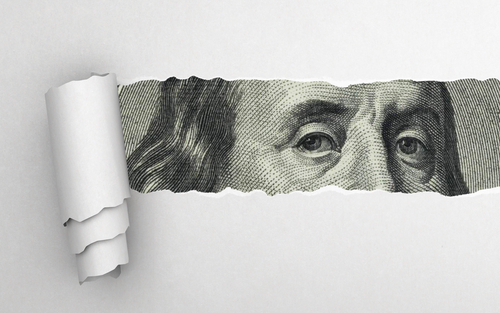 Bipartisan Budget Act of 2015 (H.R. 1314) – After three unsuccessful attempts, this bill was finally passed and signed into law on Nov. 2. The budget bill raises the government’s debt ceiling to allow for higher government spending levels and avoid a government default. Among its provisions, there is a new clause that allows the Federal Communications Commission to regulate the number and duration of robocalls made to cell phones for the purpose of collecting debt that is owed to the government.

Surface Transportation Extension Act of 2015, Part II (H.R. 3996) – This bill is designed to provide an extension of Federal-aid highway, highway safety, motor carrier safety, transit, and other programs funded out of the Highway Trust Fund. The bill was passed by both chambers in identical form and signed into law by the president on Nov. 20.

DHS Social Media Improvement Act of 2015 (H.R.623) – This bill, sponsored by Rep. Susan Brooks (R-IN), amends the Homeland Security Act of 2002 to establish within the Department of Homeland Security a social media working group. This group will use social media technologies to provide guidance and best practices for emergency preparedness and community response before, during and after a natural disaster, act of terrorism or other man-made disaster. The bill was enacted after being signed by the president on Nov. 5

Superstorm Sandy Relief and Disaster Loan Program Improvement Act of 2015 (H.R. 208) – The Small Business Administration experienced problems and delays in the operation of the Disaster Loan Program after Superstorm Sandy, largely due to the unexpectedly high volume of loan applications that it received early on. This bill calls for a plan to ensure that sufficient human and technological resources are made available to prevent delays in loan processing in the future. The bill, sponsored by Rep. Nydia Velázquez (D-NY), was passed by Congress on Nov. 16 and is currently with the president.

Illegal, Unreported and Unregulated Fishing Enforcement Act of 2015 (H.R. 774) – This bill was introduced by Madeleine Bordallo (D), Delegate for Guam At Large. Passed in both Houses and signed into law on Nov. 5, its objective is to strengthen enforcement mechanisms to stop illegal, unreported and unregulated fishing.

Protecting Our Infants Act of 2015 (S.799) – Written by its sponsor, Sen. Mitch McConnell (R-KY), this bill is designed to address the problems associated with prenatal opioid use. It directs the Department of Health and Human Services to conduct a study and develop recommendations for preventing and treating prenatal opioid use disorders, including the effects of those disorders on infants. The bill was passed by Congress on Nov. 16 and is awaiting the president’s signature.

U.S. Commercial Space Launch Competitiveness Act (H.R. 2262) – This bill is designed to facilitate a pro-growth environment for the developing commercial space industry by encouraging private sector investment and creating more stable and predictable regulatory conditions. Introduced by Rep. Kevin McCarthy (R-CA) in May of 2015, this bill was passed by Congress on Nov. 16 and it awaiting the president’s signature.

American Security Against Foreign Enemies SAFE Act of 2015 (H.R. 4038) – This bill would expand background checks on Iraqi and Syrian refugees seeking to enter the United States. Just two days after it was introduced by Rep. Michael McCaul (R-TX) on Nov. 19, it passed the House by a vote of 289-137, with almost all Republicans and 47 Democrats voting in favor. While it is currently under consideration in the Senate, the president has indicated that he would veto the bill if it also passes the Senate.