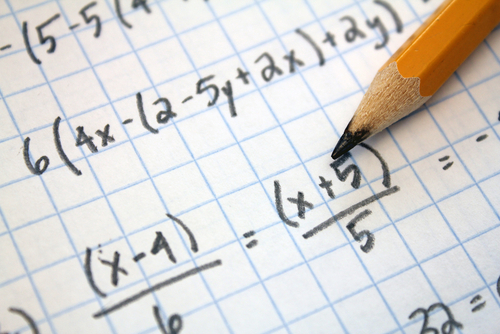 Quarterly Financial Report Reauthorization Act (H.R. 3116) – This bill actively targets separating members of the Armed Forces to work as Customs and Border Protection officers. This bill, which was sponsored by Rep. Martha McSally (R-AZ), was passed by both the House and the Senate in less than a week’s time, and was signed into law on Oct. 16. As part of its recruiting efforts, the Department of Homeland Security will engage in job assistance efforts under the military Transition Assistance Program; provide opportunities for local CBP field offices to partner with military bases in the region; minimize the time required to hire qualified applicants; and streamline interagency transfers of relevant background investigations and security clearances.

Summaries for the Gold Star Fathers Act of 2015 (S. 136) – Signed into law on Oct. 7, this bill amends a previous act that applied only to mothers. As a result, both mothers and fathers of Armed Services members who either lost their life or became permanently and totally disabled during their service will be regarded with preference for federal employment, if: (1) the spouse of such parent is totally and permanently disabled; or (2) such parent is unmarried or legally separated from his or her spouse when applying for employment. This act was introduced by Sen. Ron Wyden (D-OR) last January.

Adoptive Family Relief Act (S. 1300) – This bill amends current immigration law to waive or refund fees related to renewing or replacing a visa issued to an immigrant child lawfully adopted by a U.S. citizen if the original visa was unable to be used during the period of its validity due to factors beyond the control of the adopting parents. The bill has a retroactive date of March 27, 2013. The bill was sponsored by Sen. Dianne Feinstein (D-CA). It passed in the Senate in July, in the House in October, and was signed into law by the president on Oct. 16.

Ensuring Access to Clinical Trials Act of 2015 (S. 139) – In an effort to find more clinical trial participants for rare diseases and conditions, this act will ensure the first $2,000 per year a patient receives for his participation will be not be counted against his eligibility for Supplemental Security (SSI) and Medicaid benefits. According to the Tufts Center for the Study of Drug Development, clinical trial enrollment rates have dropped 20 percent since 2000. This is largely attributed to the lack of financial reimbursement to patients, as low-income people (less than $20,000 a year) are 44 percent less likely to participate in a clinical trial than higher-income patients. This bill, introduced by Sen. Ron Wyden (D-OR) last January and signed into law by the president in October, is designed to increase participation by under-represented groups in clinical trials.

STEM Education Act of 2015 (H.R. 1020) – Sponsored by Rep. Lamar Smith (R-TX), this bill was signed into law on Oct. 7. It is designed to encourage greater engagement in the studies of STEM (science, technology, engineering and mathematics) subjects. The act will award competitive, merit-reviewed grants to support the development of innovative, out-of-school STEM learning environments and research that advances the field of informal STEM education. This funding includes grants to be used for National Science Foundation Master Teaching Fellowships to mathematics and science teachers who possess a bachelor’s degree in their field as well as elementary or secondary school computer science teachers.