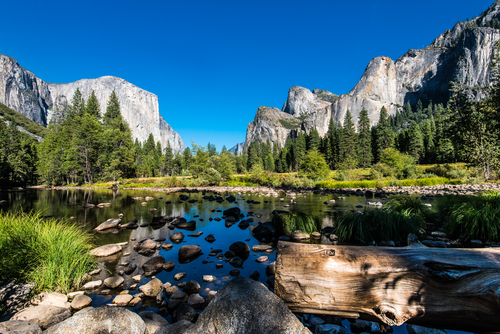 National Forest Small Tracts Act Amendments Act of 2015 (H.R. 1214) – This bill passed in the House on Sept. 16 and goes to the Senate next for consideration. Sponsored by Rep. Mark Amodel (R-NV), the Act would allow the sale of small portions (parcels of 40 acres or less) of national parks land. The value of the land must be less than $500,000 and it must be deemed otherwise inaccessible, physically isolated or to have lost its “National Forest character.”

Western Oregon Tribal Fairness Act (H.R. 2791) – This bill would require that 17,519 acres of Federal lands be held in trust by the United States as part of the reservation for the Cow Creek Band of Umpqua Tribe of Indians, and that 14,408 acres become part of the reservation for the Confederated Tribes of Coos, Lower Umpqua and Siuslaw Indians – all located in Oregon. Sponsored by Rep. Peter DeFazio (D-OR), this bill passed in the House on Sept. 16 and goes to the Senate next for consideration.

Defund Planned Parenthood Act of 2015 (H.R. 3134) – Sponsored by Diane Black (R-TN), this bill places a one-year moratorium on abortions other than those performed due to rape, incest or in which a physical condition would endanger the mother’s life if it is not performed.

This bill prohibits all funding to Planned Parenthood Federation of America Inc. or any of its affiliates or clinics unless they agree to the cessation, or monies will have to be repaid to the Department of Health and Human Services. This bill, which was assigned to a congressional committee back in July, is expected to be considered by the House in late September.

Born-Alive Abortion Survivors Protection Act (H.R. 3504) – This bill would require any healthcare practitioner present during an abortion when the fetus is born alive (breathes or has a beating heart, pulsation of the umbilical cord or definite movement of voluntary muscles) to provide life-continuation care and ensure it is immediately admitted to a hospital. Failure to do so would make the healthcare provider subject to a criminal fine, up to five years in prison or both. Moreover, any practitioner who commits an overt act that kills a fetus born alive would be subject to criminal prosecution for murder. This bill presently has 98 cosponsors (97 Republicans, 1 Democrat). On Sept. 15, it was assigned to a congressional committee for review before possibly sending it on to the House or Senate.

RAPID Act (H.R. 348)– This bill would streamline the regulatory review, environmental decision making and permitting process for environmental review of a project, such as (1) determining the range of alternatives to be considered in environmental review documents, and (2) developing a schedule and deadlines for completing the review. The bill, sponsored by Rep. Tom Marino (R-PA), is under consideration in the House.