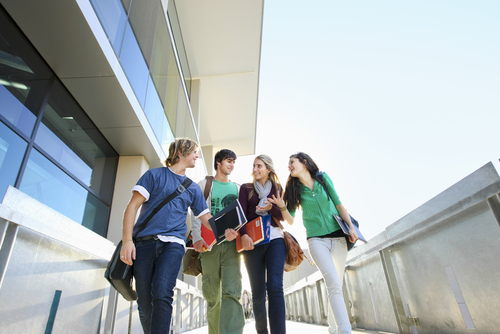 Student Success Act (H.R. 5) – This education reform bill, sponsored by Rep. John Kline (R-MN) with bipartisan support, is designed to shift responsibility for student assessment and school accountability to individual states. Provisions of the Act include reducing or eliminating federal education oversight; creating a federal grant for states and school districts of which 10 percent would be directed to charter schools and similar programs; Title 1 funds for local education agencies serving a high percentage of low-income families; the ability for parents to opt their children out of state-issued tests; and the ability for states to withdraw from Common Core Standards. On July 8, the bill was passed in the House and moved to the Senate for consideration.

Every Child Achieves Act of 2015 (S. 1177) – Sponsored by Sen. Lamar Alexander (R-TN), this educational policy reform bill passed in the Senate on July 16 with bipartisan support and has moved to the House. This bill would expand state responsibility over schools and provide grants to charter schools. And while it would continue the federal test-based accountability system of the No Child Left Behind Act (NCLB), it would give states the authority to act based on the results. It also includes a provision that would limit federal authority to create new regulations without Congressional approval.

Need-Based Educational Aid Act of 2015 (S. 1482) – This bill was enacted after being signed by the President on Aug. 6. The Act extends through 2022 the antitrust exemption of the Improving America’s Schools Act of 1994 that allows institutions of higher education that admit all students on a need-blind basis to enter agreements among themselves regarding the administration of need-based financial aid. However, this bill prohibits such institutions from exchanging student-provided data relating to assets, liabilities, income, expenses, the number of family members, and the number of the student’s siblings in college before awarding financial aid to any of the students. The bill was sponsored by Sen. Charles Grassley (R-IA).

A bill to prohibit Federal funding of Planned Parenthood Federation of America (S. 1881) – Sponsored by Senator Joni Ernst (R-IA), this bill would have ended federal funding of Planned Parenthood Federation of America or its affiliates, subsidiaries, successors, or clinics. The 22-year old federally funded program came under fire recently when its practice of receiving payment in exchange for fetal tissue came under public scrutiny. However, the bill became provisionally dead on Aug. 3due to a failed “cloture” vote. A cloture vote in favor is a vote to end debate and move to a vote on the issue itself, while a vote against is a vote to prolong debate or to filibuster. The vote on the cloture motion was 53 against to 46 in favor, so failing to invoke cloture means the bill cannot move forward.

Drinking Water Protection Act (H.R. 212) – Sponsored by Rep. Robert Latta (R-OH), this bill authorizes the Environmental Protection Agency (EPA) to develop a plan to evaluate and manage the risks to human health from drinking water contaminated with algal toxins in public water systems. This Act was signed into law by the President on Aug. 7.