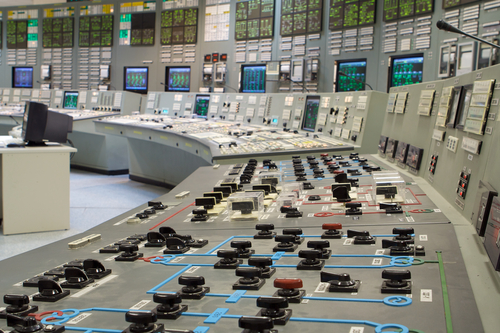 Iran Nuclear Agreement Review Act of 2015 (H.R. 1191) – On May 7, the Senate replaced the entire text of the Protecting Volunteer Firefighters and Emergency Responders Act with new text regarding congressional approval of a nuclear energy deal with Iran. The bill, which was enacted on May 22, provides for congressional review and oversight of agreements relating to Iran’s nuclear program.

Trade Preferences Extension Act of 2015 (H.R. 1295) – Sponsored by Rep. George Holding (R-NC), this Act extends a trade agreement with Sub-Saharan African partners and prevents trade partners from undercutting U.S. businesses with artificially low prices. The bill also includes Trade Adjustment Assistance for workers and companies affected by trade policies. TAA was added to the bill after the Democrats voted against the original Trade Act bill, H.R. 1314. This final version of the bill was passed by both Houses and signed by the President on June 29.

Uniting and Strengthening America by Fulfilling Rights and Ensuring Effective Discipline Over Monitoring Act of 2015 (H.R. 2048) – The FBI currently requires telephone companies to produce call records for the National Security Agency to protect against international terrorism or clandestine intelligence activities. This bill effectively stops bulk collection and requires that the NSA seek phone records of individuals rather than compiling the information in volume. This Act also authorizes other surveillance reforms, such as the production of certain business records, electronic surveillance, pen registers and trap and trace devices to gather information for foreign intelligence, counterterrorism and criminal purposes when it has sufficient justification and support for doing so. Sponsored by Rep. James Sensenbrenner Jr. (R-WI), the President signed this Act into to law on June 2.

Summaries for the Construction Authorization and Choice Improvement Act (H.R. 2496) – This bill waives the 40-mile distance requirement for veterans by allowing them to visit a non-VA medical facility if the veteran faces an unusual or excessive burden in traveling to a VA medical facility due to environmental factors, such as inaccessible roads, traffic or hazardous weather, and/or due to a medical condition that impacts the ability to travel. This bill was sponsored by Rep. Mike Coffman (R-CO) and signed into law by the President on May 22.

Summaries for the Girls Count Act of 2015 (S. 802) – This bill states that it is U.S. policy to provide assistance to support the rights of women and girls in developing countries. It authorizes the Secretary of State and the Administrator of the United States Agency for International Development to encourage countries where girls are systematically under counted to provide birth registrations to girls along with other official documentation. Furthermore, the United States will support programs that prevent discrimination against girls and help increase property rights, social security, home ownership, land tenure security, inheritance rights, access to education and economic and entrepreneurial opportunities for women and girls. This bill, sponsored by Sen. Marco Rubio (R-FL), was enacted after being signed by the President on June 12.