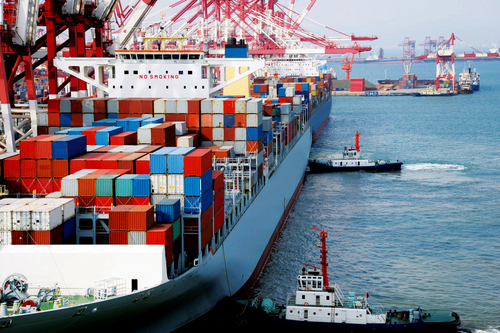 Trade Act of 2015 (H.R. 1314) – To date, this controversial bill was passed in both the House and the Senate, but the Senate made changes and sent it back to the House on May 22. The Senate combined the Trade Promotion Authority (TPA) and the Trade Adjustment Assistance (TAA) into the same bill. The TPA would grant the President the authority to enter into trade agreements with foreign nations, and enable Congress to “fast-track” trade deals with a simple up-or-down vote. The TAA would provide benefits for workers and firms that are negatively affected by trade agreements. In the past, these two components combined pacified both sides of the political fence, as the TPA leads to new trade agreements and the TAA mitigates the effect of outsourcing. This time, however, the House passed the TPA but not the TAA – due to Democratic opposition – so the bill did not move forward on June 15. Although Democrats overwhelmingly support the TAA, they voted against it to tank the whole bill. The House separated the TPA into a separate bill and sent it back to the Senate.

Country of Origin Labeling Amendments Act of 2015 (H.R. 2393) – Sponsored by Rep. Michael Conaway (R-TX), this Act would repeal the U.S. requirement for meat products (beef, pork and chicken) to be labeled with their country of origin, including where the animal was bred, raised and slaughtered. The bill follows a World Trade Organization ruling in favor of the Canadian government after it filed a complaint that the U.S. labeling policy discriminates against meat products from border countries. The bill passed in the House on June 10 and was sent to the Senate for consideration.

Mandatory Price Reporting Act of 2015 (H.R. 2051) – Also sponsored by Rep. Michael Conaway (R-TX), this Act would reauthorize the Livestock Mandatory Reporting Act, which is scheduled to expire in September. It would increase the requirements for livestock transaction reporting for packers and importers of cattle, swine and lamb to the USDA. This bill passed in the House on June 9 and went to the Senate.

Intelligence Authorization Act for Fiscal Year 2016 (H.R. 2596) –  On June 16, the House passed this bill authorizing funding in fiscal year 2016 for the CIA, the FBI and 11 other intelligence-related agencies. It was passed with 15 amendments accepted and one rejected. The bill is now with the Senate.

National Defense Authorization Act for Fiscal Year 2016 (H.R. 1735) – Both the House and the Senate have passed this comprehensive defense spending bill. It authorizes appropriations for fiscal year 2016 for the Department of Defense, for military construction, and for defense activities of the Department of Energy. This bill, sponsored by Rep. Mac Thornberry (R-TX), passed in the House and the Senate, but the Senate made changes and sent it back to the House on June 18.

Protect Medical Innovation Act of 2015 (H.R. 160) – This bill passed in the House on June 18 and was sent to the Senate. Sponsored by Rep. Erik Paulsen (R-MN), the Act would amend the Internal Revenue Code to repeal the excise tax on medical device manufacturers and importers.

Federal Vehicles Repair Cost Savings Act of 2015 (S. 565) – Sponsored by Junior Senator Gary Peters (D-MI), this bill passed in the Senate on June 15 and went to the House next. It is designed to encourage the use of remanufactured parts in federal vehicles in an effort to reduce operation and maintenance costs associated with the Federal fleet.