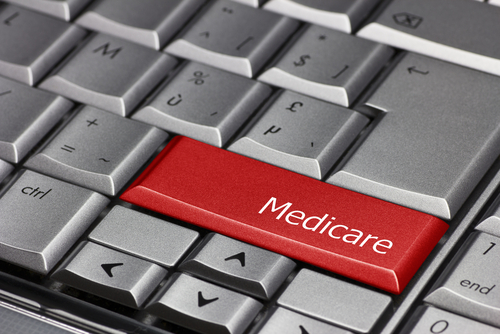 Medicare Access and CHIP Reauthorization Act of 2015 (H.R. 2) – Introduced on March 24 by Rep. Michael Burgess (R-TX), this bill passed the House and Senate on April 14 and has been sent to the President. This Act permanently repeals Medicare’s controversial physician payment system based on a sustainable growth rate, and is designed to strengthen Medicare access by improving physician payments. Specifically, the bill calls for the establishment of a Merit-Based Incentive Payment system under which physicians (as well as physician assistants, nurse practitioners, clinical nurse specialists and certified registered nurse anesthetists) would receive annual payment increases or decreases based on their performance. This legislation also authorizes the nationwide development of interoperable certified electronic health records technology by Dec. 31, 2018, among other provisions.

Mortgage Choice Act of 2015 (H.R. 685) – This Act would also adjust the Truth in Lending Act to exclude the cost of title insurance from the points and fees limit on mortgages. Presently, lenders may not charge points and fees of more than 3 percent of the loan amount, including charges by affiliated settlement service providers. This bill offers a loophole that removes the 3 percent cap, so lenders may be able to charge higher fees on title insurance policies. It also modifies the conditions under which federal departments and agencies may exempt a streamlined refinancing from the income verification requirement.

Capital Access for Small Community Financial Institutions Act of 2015 (H.R. 299) – Sponsored by Rep. Steve Stivers (R-OH), this bill passed in the House on April 13 and goes to the Senate next for consideration. It amends the Federal Home Loan Bank Act to treat certain privately insured credit unions as insured depository institutions for purposes of determining eligibility membership in a federal home loan bank.

Taxpayer Bill of Rights Act of 2015 (H.R. 1058) – This Act would assign the Commissioner of Internal Revenue with the task of ensuring that Internal Revenue Service employees are familiar with and act in accord with certain taxpayer rights. These rights include the right to be informed, to be assisted, to be heard, to pay no more than the correct amount of tax, to an appeal, to certainty, to privacy, to confidentiality, to representation, and to a fair and just tax system. The bill, which is sponsored by Rep. Peter Roskam (R-IL), passed in the House on April 15 and goes to the Senate next for consideration.

Summaries for the Fair Treatment for All Gifts Act (H.R. 0014) – Also sponsored by Rep. Peter Roskam (R-IL), this bill amends the Internal Revenue Code to allow a deduction for gifts made to specified tax-exempt organizations, including: (1) social welfare organizations; (2) labor, agricultural and horticultural organizations; and (3) business leagues, chambers of commerce, real estate boards, boards of trade and professional football leagues. It was introduced on February 26, passed in the House on April 15 and is now in the Senate for consideration.