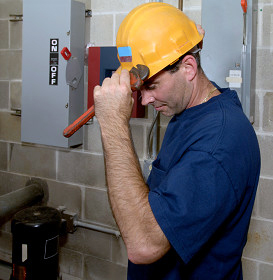 A Resolution Condemning Illegal Russian Aggression in Ukraine (S. Res. 378) – This is a simple resolution that condemned Putin’s seizure of Crimea and demanded the immediate withdrawal of Russian military from the region. Clearly, this resolution did not make an impact on Russia’s ultimate action to annex Crimea. This simple resolution, introduced by Sen. Richard Durbin (D-IL), was agreed to on March 11; the only legislative process required for a simple resolution.

Enforce the Law Act of 2014 (H.R. 4138) – This act is designed to disallow the President of the United States from impeding the enforcement of laws passed by Congress. This act was introduced in the wake of President Obama’s suspension of immigration laws that make some groups of undocumented individuals immune to deportation, as well as several delays to and modifications of the Affordable Care Act. This bill would create a process by which members of the House or Senate could initiate civil action if the President or any federal officer launched action that prevented or delayed the enforcement of a law. The bill passed the House on March 12 and currently sits in the Senate.

SGR Repeal and Medicare Provider Payment Modernization Act of 2014 (H.R. 4015) – This act would amend Medicare to change the current methodology for paying physicians who care for Medicare patients. The act would change the sustainable growth rate (SGR) factor to a single conversion factor over a transition period. From 2014 through 2018, the single conversion factor would be 0.5 percent; from 2019 through 2023, the factor would freeze at 0.00 percent; then starting in 2024 and going forward, the factor would update to 1 percent for providers participating in an alternative payment models (APM) and 0.5 percent for those who do not. APMs feature payments linked to the value and effectiveness of physician care, as opposed to today’s more prevalent fee-for-service rates. The bill was introduced by Rep. Michael Burgess (R-TX26) and was passed by the House on March 14.

Keep the Promise to Seniors Act of 2014 (H.R. 4160 – This bill would prevent the Secretary of Health and Human Services (HHS) from implementing any of the changes proposed by the Centers for Medicare and Medicaid Services to the Medicare Part D program. Specifically, these recommendations restrict plan options, eliminate some of the most popular Medicare Part D plans, and permit HHS to intervene in negotiations between health care plans and pharmacies. The act, which was introduced by Rep. Renee Ellmers (R-NC2), was assigned to a House committee on March 6.

A resolution designating March 11, 2014, as “World Plumbing Day” (S.Res. 390) – The plumbing industry plays an important role in safeguarding the public health of people in the United States and around the world. In developing countries, 24,000 children under the age of 5 die every day from preventable causes, such as diarrhea contracted from unclean water. The installation of modern plumbing systems must be accomplished in a specific, safe manner by trained professionals in order to prevent widespread disease. Based on these and seven other similar statements, the Senate agreed to designate one day of the year to honor plumbers. The resolution was co-sponsored by Sen. Jeff Merkley [D-OR] and Orrin Hatch [R-UT] and agreed to on March 13.